Hand-pulled lithographic print, signed and limited to an edition of 10. Printed on Rives BFK rag paper.

"In 1846, a group of Swedish immigrants seeking religious freedom left their native land under the guidance of their charismatic spiritual leader, Erik Jansson. The site for their new utopia, later called Bishop Hill, was described to them as a “land of plenty, brimming with milk and honey,” and they struggled to make it so. These Janssonists built a successful communal society based on economic and religious principles. Many of the structures erected during this building campaign still exist. The colony grew and flourished for fifteen years before disbanding in 1861."

See http://www.bishophill.com/ for the rest of the story 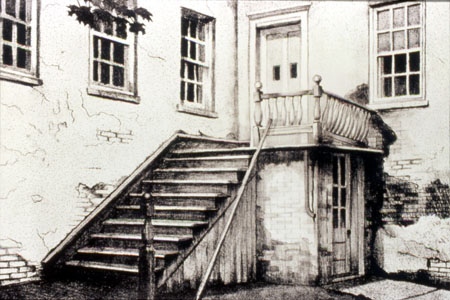